May 11, 2020, 03:58:59 AM
I want to create a main menu UI, but somehow there is a border drawn around bitmaps (and sprites in buttons). Maybe you don't see it easily on the screenshot, so you might have to zoom. borders of my images are #ffffff, so it can't be the image which causes it I guess.

tried to make borders transparent, the gray border goes away if I do this, but this makes it a lot harder to get a nice transition from the images to white as you can see here (the three colored images have a transparent border) All the fonts are available in black and white and have a one-digit version (which is a bit bigger) and a two-digit version (3 digits are also possible in most cases, but it doesn't look perfect)
On some bikes the one-digit version even looks fine with more digits, but not on every bike. So go test it for yourself.

if you want to download fonts separately (because it's 52 fonts in total, which is quite a bit scrolling), you can get it here:
Separate fonts

Sadly on the Yamaha the fonts act kinda weird, nothing I can do about it without shrinking the font, which I don't want to.
Let me know if you get any problems with downloading, installation or the fonts in general.

If anybody wants to make a Kit Font in the same style, go for it (I can provide you with my gimp project file if it helps, lol), I won't do it myself because it's just too much work adding 26 more characters of every style, even if they are pretty similar.
3 April 14, 2020, 09:45:12 PM
This thread will be updated with further suggestions, to prevent spam
(I have a lot of suggestions, just not written in full words yet. And you'll probably hate me, because most of my suggestions would be a hell lot of work to implement)

1. Binding
Today when I wanted to watch a replay I realized all those replay actions like play/pause, fast forward, ... are now binded to the numpad. The problem with this is, in b13 default binding of rotating and changing FOV in replay were bound to the numpad. So now when I want to rotate it jumps to the next/previous frame at the same time and there is no way (I think) to unbind the replay actions. It's possible however to rebind rotating and changing FOV, so I tried that. When I bound it to another button, it worked fine but I preferred having those on the numpad, so I wanted to bind it there again. Next problem: You can't bind it to the numpad anymore after changing.

So the first suggestion is to make EVERYTHING (un)bindable and add it to the settings.

But I wouldn't create a thread just to mention this, in my opinion binding needs to be reworked.
Besides all the binds in the settings there is a "control.txt" file in our profile directory but it's a pain just looking at it. You'd argue we don't need to change anything in there, if it can be done ingame.
But is that a valid argument to have ugly config files? (It's not just the controls.txt, some other config files could use a rework as well. No offense.)
And some people might really need to change something in there, for some advanced configuration which can't be done ingame. (for example changing replay rotation back to numpad keys)

Why? Doesn't sound like a useful change, doesn't even sound like it'd change anything, right?
But there are some things which are done cleaner if the "binding a action to an key"-way is chosen in my opinion.

The first thing is having multiple keys doing the same thing.
Here's an example done in both ways, I want to bind the throttle to my XBOX Controllers RT but I want to be able to use my 'W' key on the keyboard for the throttle as well. I'll change the syntax a bit (similar to csgo's bind commands).
Action bound to key:
Code Select Expand
bind XBOX360_RT "throttle"
bind W "throttle"
Key bound to action:
Code Select Expand
bind "throttle" XBOX360_RT
bind "throttle" W
as you can see, there is two lines starting with "bind "throttle"". That's a problem if you don't read the whole file explicit but just search for the first entry of "throttle". Sure, with the action --> key-way, you have to read the whole file as well but it makes sense to do there.

Next is binding with arguments. Currently there is no changeable bind with arguments, but the autochat uses arguments (probably it does... I mean... It has to). Thats just a stylistic thing to have everything organized.
Code Select Expand
bind 1 "autochat 'gg wp'" is better than
Code Select Expand
bind autochat 1 "gg wp" because it has the action right in front of it's argument instead of having the key between those.

Lastly, where the current way of binding key to actions looks probably cleaner: Binding multiple actions to one key.
You'd just have two separate lines like this:
Code Select Expand
bind "clutch" Y
bind "shiftUp" Y
But as csgo shows you can have multiple actions on one key with the other way as well:
Code Select Expand
bind Y "clutch; shiftUp"
You can then easily separate those actions by splitting the string inside the " on semicolons.

Yes, there was a thread already suggesting multiple actions with one key and it was rejected, but I think it's a pretty useful feature even if you can't think of a use case, someone will find one for sure.
Idk, maybe having a button for moving in replay mode and decreasing speed to X before. (If there was the possibility of binding a button to set a specific speed instead of decreasing with every click)


With that aside I can talk about the syntax of the controls.txt. I guess nobody will deny it's not very readable. I mentioned csgo before and they do a pretty good job in binding I think, in this guide you can see it.
Normal binds, toggling, increment, ... they have it all.
Those binds are just console commands which are stored in a file, this file is loaded on startup.

Probably would be overkill to have linearity and such for every action AND every key separated. (if I bind throttle to "W" I want it to have a linearity of 100%, on "E" I want a linearity of 80%)

I was talking about csgo having commands for binds, well... In csgo there is actually everything a command which can be used in console. ("+forward" for moving forward, "disconnect" to go back to main menu, "connect 127.0.0.1" to connect to a server, ...) So you can bind EVERYTHING if you wish, even connecting to a specific server. I think thats pretty cool, perfect if those commands could be bound to UI, (but a lot of work) but thats gonna be another suggestion I'll once post.

Oh, maybe you've seen "focus_next" and "focus_previous" in my syntax example. My thought on this is having a boolean of "focusable" on every UI Element and with "focus_next" you jump to the next UI element (mouse over/hover) which has "focusable = true" and is visible. with a bind of "element_click" you could fulfill the possibility of Controller support in the UI.


Alright, that's it for now, thanks for reading!
-Jonas

(Hope I made it clear what I mean, there might be some misunderstanding, english isn't my native language. Feel free to ask.)
5

When riding some time on testing (I haven't tried multiplayer yet) and then going to replay, there is a bit removed from start on.
I know, thats how it should be to save resources, but on electric bikes that cutoff happens earlier. Sometimes you can't even replay a whole lap.

I didn't believe it would be just the electric bikes, I guess replay shouldn't differ upon engine type. After many tests, however, the result was that the bug just occured on the Alta bikes only (MX1 OEM and MX2 OEM). I also tried two tracks, MXB Club and SX20 San Diego. again: only the electric bikes.
When going back to the pit the start time - unlike when just starting a new track, where it first keeps on 0:00 as start for a while - increases directly.

Tried verifying my game files, just replaced 1 file (my UI, which I've changed. sad. lol)
Since this bug (if it really is one) is probably hard coded and not a setting for the bike mod, I chose to report it here.


here's a video, so you can see what I mean:
https://youtu.be/yRXRu2IpGaY

To prove that I did nothing different on the Alta bikes, here's the uncut version:
https://youtu.be/P-X07ZENDQc

there are pinned comments with timestamps.

Probably I've spent too much time on this. lol
6

It includes a white plate, a black plate and a red plate version. 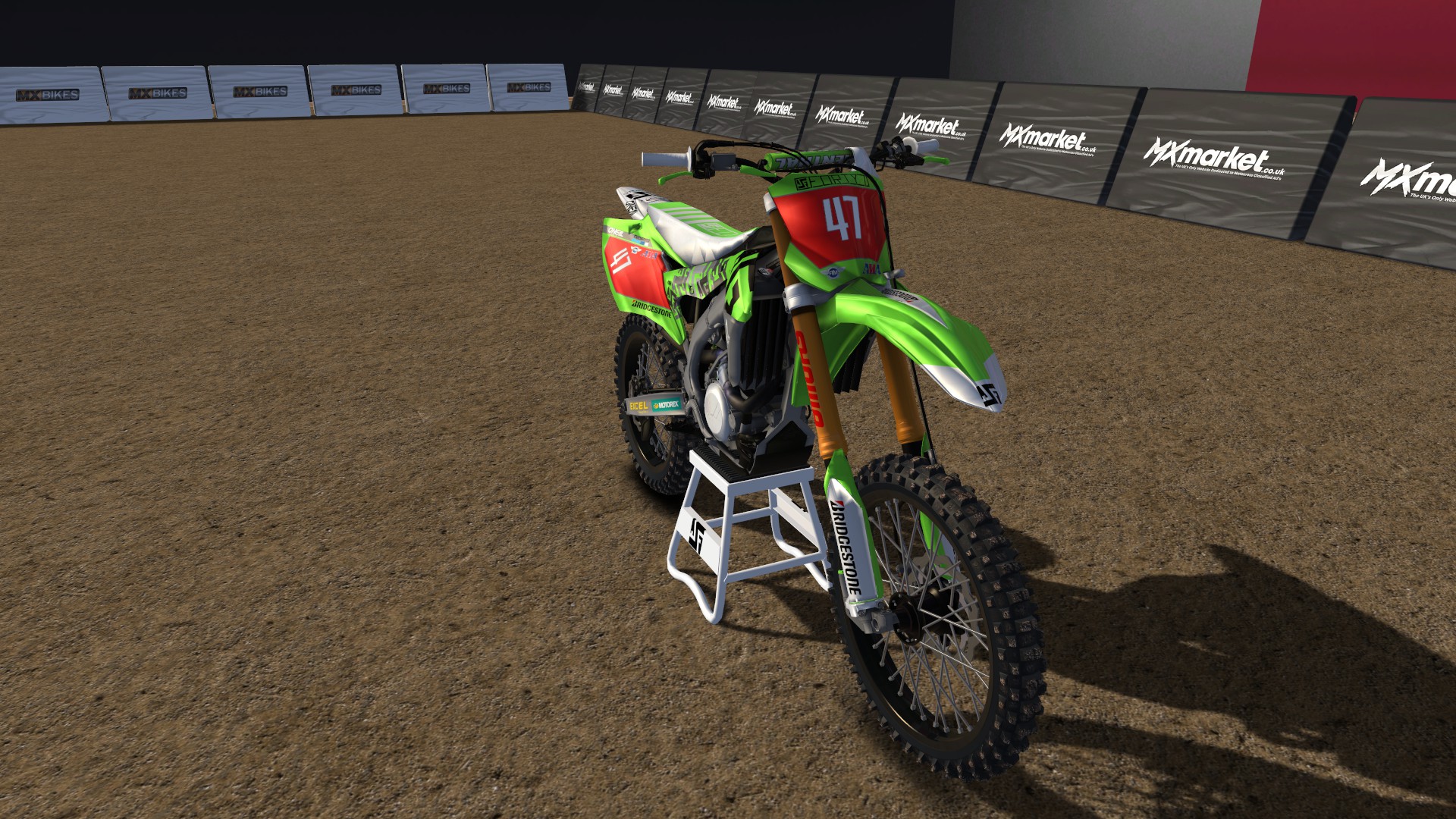 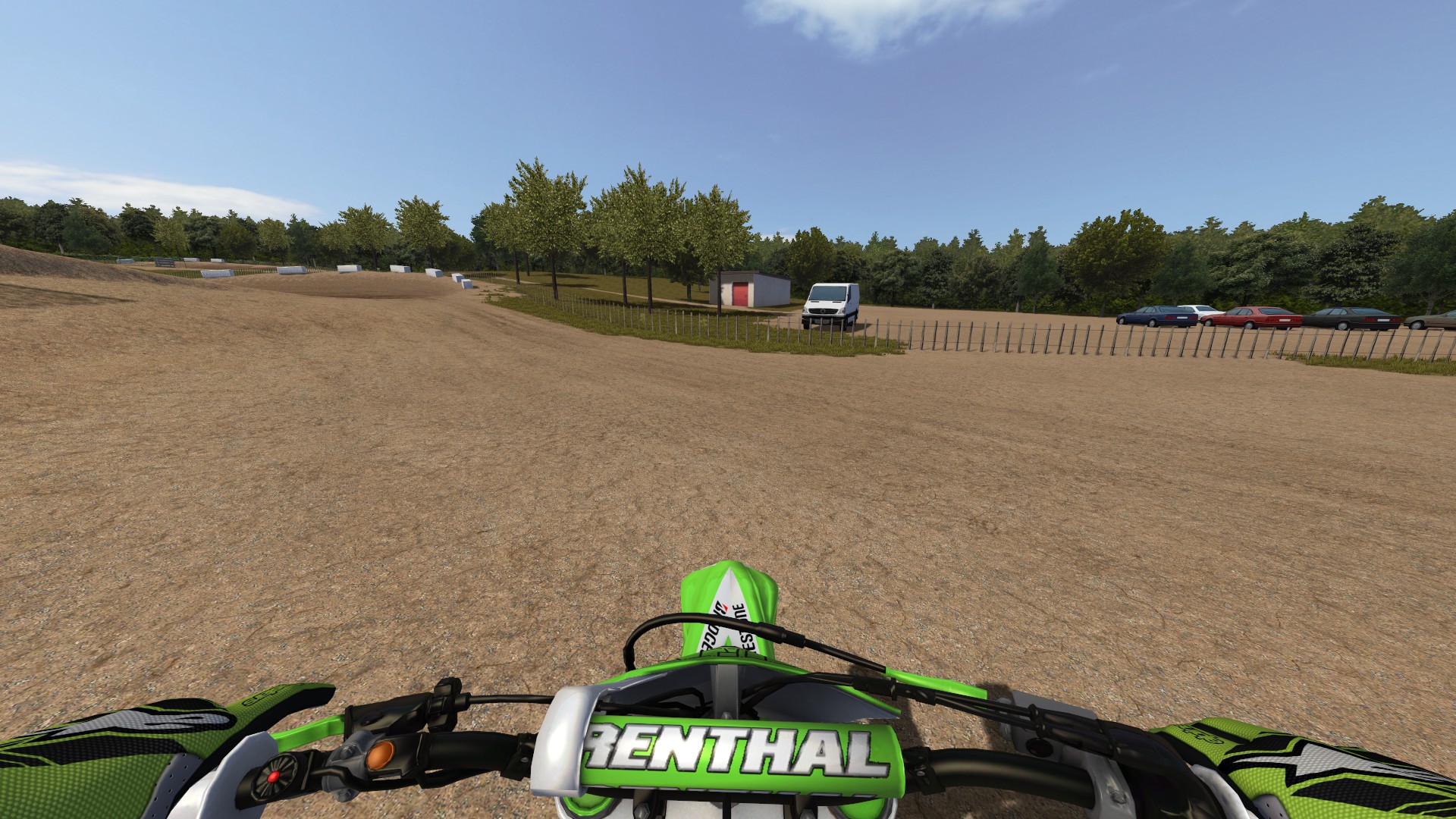 just drag the "bikes" folder of the .zip into "/Documents/PiBoSo/MX Bikes/mods" to install