Suggestions and wishlist / Re: thunder valley track from colorado

I'd suggest to everyone - Have a go at it yourself! Check out the tutorials on my YouTube if you need help getting into it.
8

I would like to request a couple of things for track making that I think could be quite useful.. So these are purely my current wish list and in NO WAY would I like this to get in the way of multiplayer and netcode updates. So in no order I would love to see:

1. A prefix that excludes an object from draw distance. Sometimes you want things to be 'in the world' rather than 'in the background' that are affected by draw distance.

2. A small bit of movement through the 'background' model. Maybe something like 10% of the on track movement, so for every 100 metres you move in the world (on track), you could move 10 metres through the background world. This would give people the chance to really use the background model for large scenes which wouldn't feel like wallpapers. Ratio might need experimenting with.

4. The ability to add or remove weather conditions. It would be great to 1) be able to add custom conditions with new sun positions like 'morning' or 'dusk' or 'night' and name these for in game use. At the same time it would be awesome to be able to restrict these conditions like removing 'rainy' if you just don't want to include a wet version.

5. Some semi solid surface, something that you can get caught in but be able to ride through without crashing. This could have multiple uses, like Tuff Blocks (Bales) that don't act like they're made of concrete, plastic fences, the same material could even be used for water and other enduro obstacles.

6. The ability to be able to use different scenes and SCR's with different conditions.

Its totally random for me.. the freeze time is random too. Best ones I get are a second, I've had at least 6 second freezes before. It normally makes me leave a server. Some people join and it doesn't freeze.

I only tend to play on Discord OEM server.

Also, whenever I get it I ask and others don't. Or others complain of it in chat and I never got it 🤷‍♂️
11

If you ever consider doing more for these, you should include paints for Giopandas wheels 😉
14

Other / Re: MAXXIS MaxxCross IT + Excel Signature rims

Looking great on a soon to be released track with some matched dirt colour. I'm glad we will soon be able to do the same for the rider mud 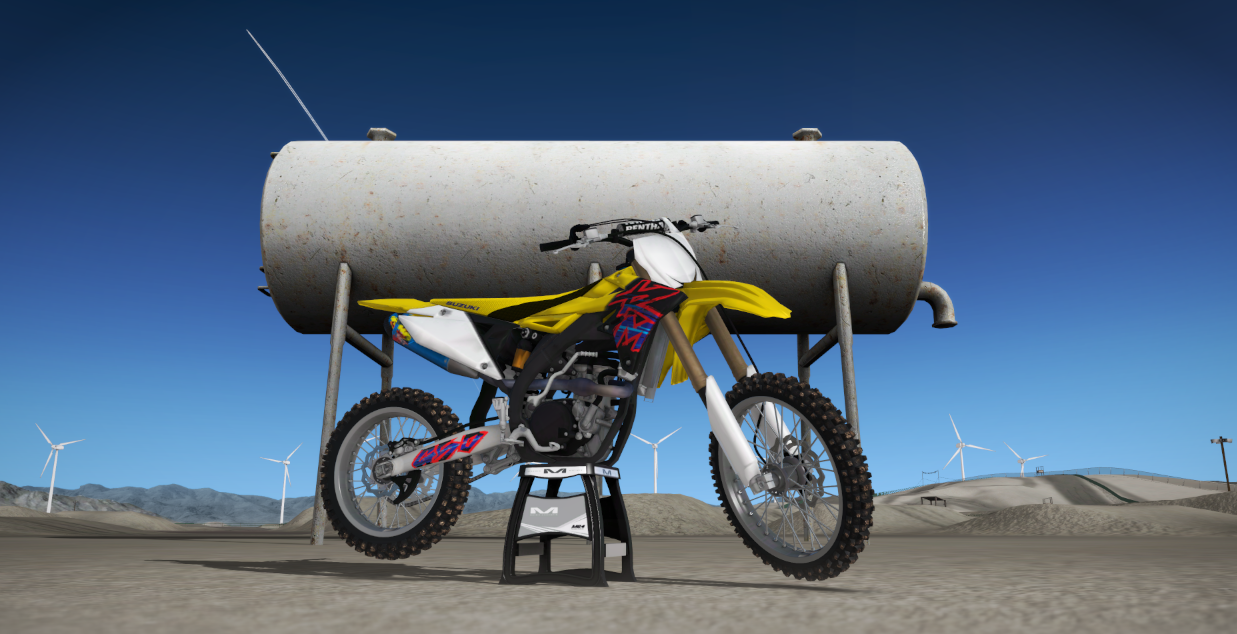